The hip joint is a ball and socket joint; the ball is on the top or head of the femur (thigh bone) and the socket or acetabulum is a bony cup on the side of the pelvis. This highly mobile joint is stabilized by a ligament, its joint capsule and the surrounding thigh muscles. Hip dysplasia refers to a skeletal disease where the hip develops abnormally and arthritis results.

At birth the skeleton is composed mainly of cartilage, which is slowly converted to bone as the puppy grows. During growth, bones are constantly reshaped until the final adult shape is reached. In order for the hip joint to develop normally, the ball (femoral head) must be maintained in the socket (acetabulum) during the critical period of growth. This is the first 6-8 months in most breeds.

Puppies with hip dysplasia have a normal hip joint at birth. As they grow, the bones tend to grow faster than the supporting muscles and soft tissues. The ball begins to slip out of the socket. This is called joint laxity and is the first sign of hip dysplasia. Then, a number of things happen: As the ball slips out of the socket, it hits the edge of the socket causing microscopic fractures and scraping the surface cartilage off the bone. Then the ligament and joint capsule stretch. As the ball is not sitting tightly in the socket, there is no stimulus for a deep socket to develop so it becomes progressively more shallow. The end result is an unstable hip and arthritis.

Hip dysplasia is a genetic disease. Unfortunately, it is more complicated than traits like coat color where a dominant gene will show up in all offspring carrying the gene and elimination of a problem is as simple as not breeding affected animals. We do not know the exact genetics of hip dysplasia, but we know that transmission involves multiple genes and that dysplastic hips are recessive to normal hips. This means dogs with x-ray evidence of hip dysplasia, regardless of

severity, carry the genes for hip dysplasia and should not be used for breeding. It also means dogs with normal hips on a x-ray may carry the genes for the disease and you may have several generations of normal dogs before the problem “suddenly” appears in your line. While it is difficult to eliminate, we can decrease the incidence of hip dysplasia by only breeding dogs with normal hips. Breeding studies have shown breeding 2 dysplastic dogs results in 85-95% dysplastic puppies, breeding a normal dog to a dysplastic dog results in approximately half of the puppies affected and breeding two normal dogs will result in about one third of the puppies having hip dysplasia. The percentage of normal pups improves with each generation the disease is absent.

Influence of hip dysplasia through nutrition

Nutritional deficiencies are rare in today’s world of commercial diets. Most problems we see are in dogs fed homemade diets. While some breeders may have the knowledge, time and dedication to consistently prepare a balanced diet for their dogs, there are few pet owners able to duplicate such “custom” diets consistently. Substitution or omission of a single ingredient can cause severe bone diseases despite the best intentions. Pet food companies spend millions of dollars researching their diets, and it is my opinion that the average owner is best to defer to their expertise.

There have been a lot of “old wives tales” about deficiencies of different nutrients causing hip dysplasia or supplementation preventing the disease. The most popular idea is that Vitamin C can prevent development of the disease. This theory was proposed because Vitamin C is used to make collagen, one of the major tissues of cartilage, bone and tissues supporting the joint. Even though dogs, unlike people, make their own Vitamin C, it was suggested that a deficiency of Vitamin C caused the joint laxity seen early in hip dysplasia. The study which showed some benefit from Vitamin C supplementation was not done scientifically, and its results cannot be repeated. Perhaps the reasons Vitamin C supplementation has become popular is that “It can’t hurt” and it is quite inexpensive. Unfortunately, research has shown that Vitamin C adversely affects a dog’s calcium balance, so it may actually increase the risk of some bone diseases, including hip dysplasia.

Over the years, we have selected our dogs to be bigger, and as a result we have increased the average size of many large breeds. Not only have we bred for bigger dogs, but we have fed them so they get big as fast as possible.

Calcium Supplementation: “Big, strong bones need lots of calcium, you want to grow big and strong, don’t you?” This is the argument many parents give children for drinking milk and taking vitamins. Unfortunately, we have carried this to extremes in our dogs. It is true that calcium is necessary for normal bone growth, but this is one case where more is definitely not better! Puppies have no safety mechanisms to protect them from absorbing too much calcium.

Too much calcium actually slows bone development by slowing the conversion of cartilage to bone – the bones may get bigger faster, but they do not gain equivalent strength. It is well proven that dogs on commercial diets do not need calciumsupplementation, no matter what their size or breed. In fact, the incidence of all bone diseases, including hip dysplasia, increases dramatically when large or giant breeds are given any form of calcium supplementation.

Overnutrition: Dogs eat to meet their energy requirements and commercial diets are balanced so that feeding them according to your dog’s energy needs will ensure it gets the minimum amounts of all nutrients. However, diets these days are very tasty and most dogs will overeat. As well, people tend to overfeed their pets because they want them big and consider it a sign of good health. This has increased the occurrence of a number of bone diseases including hip dysplasia.

Current evidence suggests that overfeeding increases the amount of calcium the dogs receive and adds extra weight which must be supported by the puppy’s soft bones. Everyone has seen those “cute roly-poly” pups, but what is seldom noticed is that these pups are usually less active and more clumsy than their leaner littermates. The puppy that grows slower will be more active, in better condition, and still end up as big – he just takes longer to get there.

We can reduce the frequency and the severity of hip dysplasia and other bone diseases seen in growing large breed dogs by slowing their growth rate for the first six months of their life. We are not talking about starving them or playing around with the amount of nutrients and minerals they receive, but just feeding them strictly what they need. We should feed a high-quality diet, as some less expensive diets use bone meal as a meat source and this may increase the amount of  calcium in the diet. Amounts recommended on dog food bags are sometimes excessive. Pups should not be given continuous access to food (free choice) as they will overeat. Formulas are available to calculate the amount of energy a pup should receive, and from these one can determine the exact amount of a specific diet to feed. The problem is that there is a large variation between breeds and individuals depending on their temperament and activity level. It is also necessary to make weekly recalculations when the pup is growing rapidly. These factors make formulas awkward and impractical for most owners.

In general, it is much easier to feed the puppy so it remains lean. This means the ribs and bones along the back should be easy to feel, but not quite visible. There should be a prominent waist (region just in front of the back legs). For some breeds and individuals, the puppy can be fed what it will eat in 10-15 minutes and monitored to ensure its body condition remains lean. For very tasty diets or dogs with big appetites or a competitive nature, this can result in overfeeding and overweight puppies. In these cases, one can start with the amount recommended on the bag and adjust according to the pup’s body condition. If the pup seems a little thin, up the food a bit. If they are a little chubby, cut it back a bit. If an owner is in doubt whether their pup is gaining weight , they should cut the food back a bit.

In conclusion, a couple of points should be stressed: 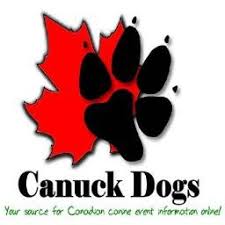 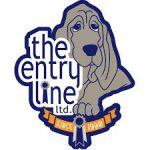